This is post I’ve been meaning to write forever, well since I got my menstrual cup back in October. I’ve seen menstrual cups pop up more and more over the last couple of years, but to be honest I never thought they’d be right for me, or I wouldn’t be able to use them for some reason. That is until, of course, I tried one! For reference, I got the Boots Menstrual Cup and I wanted to share some things that have made using a cup easier for me, including how to insert and remove.

I also made a YouTube video so feel free to go and give that a watch too, I also demonstrate how to fold the cup in the video. If you’re not already, click here to subscribe to my channel so you don’t miss out on future videos!

Now, to be completely honest and transparent here, the cup is a bit hit and miss with me, I feel like I’ve still not fully nailed it, but it is getting easier and I really want it to work! I’ve been using it for around six months and I absolutely love the concept of it and even though it’s not 100% effective for me yet, it is still way easier / convenient for me than just using a pad or a tampon. For reference as well, I used to use regular and super tampons (about 4 a day) and pads, and I find that I can leave the cup in comfortably all day and it’s still not full when I change it. They hold a lot! I think my favourite part of the cup is that you can wear it for up to 12 hours and don’t need to worry about it.

This takes a while to master I won’t lie, but once you’ve got it down, it’s exactly the same as inserting a tampon. Of course if you don’t use tampons, it might take you a little longer/be a bit more difficult to grasp, but that’s not a reason for you not to use one. There are multiple different folding techniques to insert it, and it’s a bit of trial and error to find out which is best for you. Personally I use the ‘Punch Down’ Fold, but my ‘back up folds’ as I refer to them in the video, are the ‘7’ Fold and the ‘U’ Fold. If you google “menstrual cup folds” so many come up! Experiment with which one comes easiest to you. I can also now comfortable insert and remove mine now just sitting on the toilet, but the first few times you might want to try squatting, having one leg up or try it in the shower.

As you insert it, you want to twist it slightly so that the cup unfolds and pops out and the suction gets to work to keep it in place. It should be far enough up that you can’t feel it, just like a tampon. You can also trim the stem if you find it to be too long, but I’ve kept mine in tact as I find it easier upon removal.

This can be the tricky part, and lots of people do panic that it’s stuck up there for life – but I promise it isn’t. I’m sure every woman that tries a cup for the first time is convinced that it’s stuck and will need to be surgically removed. Not the case! The first thing to remember is that it’s a suction cup, it’s not meant to come out easily otherwise it would just slip down and fall out while you’re trying to live your life, and you don’t want that!

The most important part of removal is to break the seal before you try and pull it out! If you can’t reach it (it’s normal for the cup to travel upwards throughout the day, especially if you have a high cervix), DO NOT PANIC. You can push it down to within reach by literally pushing it with your lower stomach and pelvic floor muscles – a bit like you’re doing a poo! As soon as you can reach it, slide your finger up the side of the cup and press inwards to release the suction, then squeeze the base of the cup between your index finger and your thumb and gently ease it out, being careful not to tip the cup up – that’s when it can get messy! Again, the first few times you might want to do this in the shower for ease.

It’s likely you won’t get it perfectly the first time you use it, it does take a bit of practise – and hats off to you if you do nail it first time! Don’t give up if it doesn’t work out the first time, stick with it for at least a couple of periods because I swear it’s worth it! Obviously it’s not perfect for everyone but I do think that everyone should at least give it a go! For me, it’s just so much more convenient as I used to wear pads and tampons and get through so many, whereas now I can pretty much just use the cup and have no issues! (I do sometimes wear a pad/liner for peace of mind). It’s also way better for the environment, for your body and for your bank account! One cup is around £10-20 depending on the brand, and can last around 10 years. 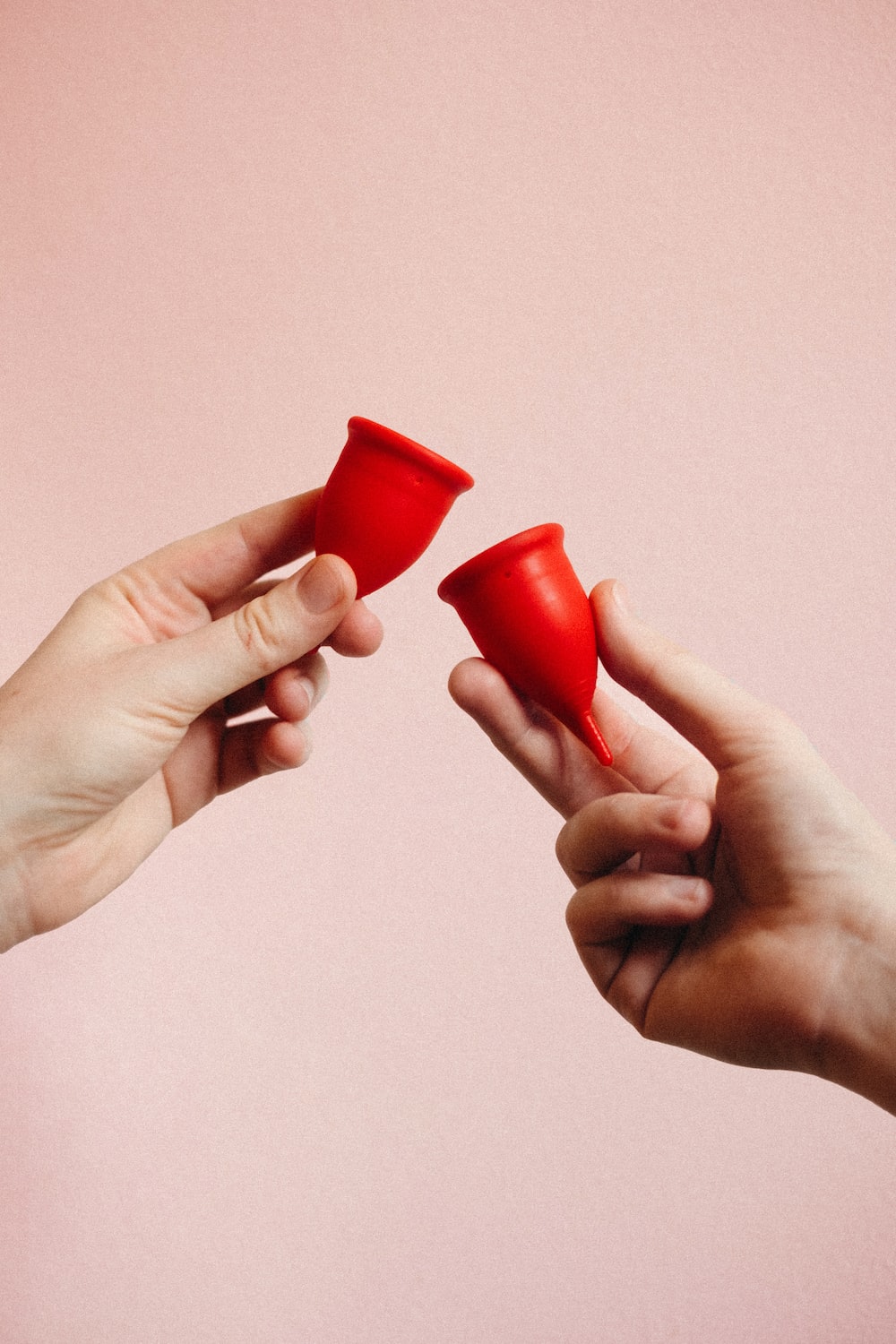 Photo by Monika Kozub on Unsplash

I’ve heard lots of methods of cleaning cups and all kinds of different products, but I keep mine super simple and I don’t think there’s any reason to complicate it! I simply rinse with warm water after emptying it and just reinsert straight away, and then at the end of my period I boil it to sterilise. I also like to boil it before using it the first time at the start of my period. Simple!

USING IT IN PUBLIC

It can be a challenge to empty and reinsert in public, if you can get access to a toilet with a sink in the cubicle, then it’s not really a problem at all, just like you would at home! But if not, I recommend carrying a water bottle with you so you can rinse it before you reinsert. That’s not 100% necessary though, you can just empty it and reinsert and then clean it when you get home.

I hope this post was somewhat useful for anyone considering using a menstrual cup for the first time! If you’ve tried one before, I’d love to hear your experience – good or bad!

This site uses Akismet to reduce spam. Learn how your comment data is processed.

Subscribe for more of the good stuff - recommendations, favourites and more! Keep up to date with latest posts, videos and Lauren Hollie updates.

I'm Lauren, a twenty-something fitness and lifestyle blogger. I'm a fully qualified Personal Trainer and Fitness Instructor and also in full time dance training. I'm an advocate for mental health and body confidence and hope you can take something from my content.

I offer 1:1 online coaching and personalised workout plans - get in touch for more information!

5 Gym Tips For Beginners: How To Train Alone

4 Benefits Of Working With an Online Fitness Coach

How To Control Snacking Habits